Clicking the “ACCEPT”, button at the bottom of this page, expresses the full and unreserved acceptance of the user of this Image Bank, of all the terms of use of the contents of this bank, included below:

Terms of use of the contents of Basquetour's Image Bank

The image and digital file bank of Basquetour, Turismoaren Euskal Agentzia- Agencia Vasca de Turismo, S.A. (hereinafter “Basquetour”) available at www.images.basquetour.eus (hereinafter “Image Bank”), its contents (including the graphic design, source code, logos, texts, graphs, illustrations, photographs or distinctive signs and any elements that appear in www.images.basquetour.eus) and all the intellectual and industrial property rights on them (except for the ones foreseen in section xii of these terms) are exclusively owned by Basquetour with regard to the user, who should at all times observe these rights.

The user will not be given any intellectual or industrial right on the Image Bank nor on any of its contents, and the User is expressly prohibited to reproduce, transform, distribute, publicly communication, make available, extract, reuse, resend or use any of them in any way, or by any means or procedure.

Basquetour provides the users registered in www.images.basquetour.eus with contents of the Image Bank, under a free licence, in the following way: 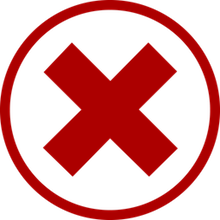